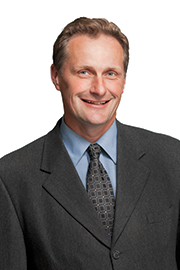 Good morning. It’s always an honour to speak in the House, specifically. Often in the House we say, though, “Do you know what? We should be debating something else,” but there’s never a bad time to debate an issue. There are times when you would think we would debating other things, but regardless, today, we’re debating the budget bill.

I’ve been here for a while—some on the other side would say too long—but it has always been confusing to many and still, I think, certainly, to people who don’t follow the process, the difference—that there’s actually the motion and the bill, because there’s quite a bit of fanfare around the motion. It’s an important document. It lays out what the government is planning to do both short term, medium term and long term, and then you come to the bill.
I remember the first time that I looked at a motion and looked at the bill, and the two seemingly didn’t have much correlation to each other, because when you look at the motion, you expect: “Okay, so here’s the brochure, and the bill—here are the details on how to get it done.” If you’re going to buy a truck: “Here’s the brochure, and here’s the fine print.” That’s the way I’ve always thought. I’m not criticizing this government in particular—not at all—on this issue. This is the way I always thought it was, and it has never been that way.
As an example, the motion has a title like “protecting the people.” I understand the government wants to put their views in the best light possible. I don’t begrudge them that. So, when I go through the bill, you would look for there to be issues that directly protect the people. That’s how you would gauge.
If you go through the schedules, schedule 1 makes changes to the Credit Unions and Caisses Populaires Act—again, a worthwhile endeavour, something that they have been lobbying for, for a long time, specifically the caisses. On its own, is it a bad thing? Certainly not. Is it something that is protecting the people? Overall, perhaps, but now that we could potentially be going into another lockdown, I don’t know if that’s the priority for protecting the people right now.
Schedule 3: This section makes changes to the Electricity Act so dividends from Hydro One can now go directly to the current electricity rebate program. Again, that is a bona fide thing to do. It is not the 12% electricity decrease that was promised by the government, but they didn’t talk about that in their budget either.
Schedule 4 makes changes to the Financial Professionals Title Protection Act, but again, not directly related to some of the things we’ve heard about in the budget motion. There are things we think are missing in the budget—let’s be clear. But today, we’re discussing the budget bill.
Schedule 5 makes changes to the Insurance Act. That one, if that had something to do with bringing the price of insurance down—and maybe it does, but it doesn’t describe it directly, again.
Schedule 6 enacts the Invest Ontario Act, again a worthy issue to discuss but not directly related—I’m not going to go through every schedule here. The theme I’m trying to build here is that although they’re mated, shall I say, the budget motion and the budget bill, to the people at home they don’t seem to mesh, and it’s always been confusing to me. The thing I guess is the budget bill is part—the motion lays out what the government wants to do; the bill is a small part of it. I think that’s the part you have to understand. It’s a bit confusing.
You would think that the first things that the government would do would actually lay out how they’re going to achieve their glossy—the advertising part of the budget. Again, I’m not criticizing the government for doing that. I think any government wants to put their best foot forward. That’s the role of the government. It’s our job to hold the government to account, to make proposals that could help the people of Ontario.
As we’re going forward, as we see now we’re in a third wave, we continue to make a proposal, as an emergency measure, that people in Ontario who can’t stay home when they’re sick because they can’t afford to should have paid sick days. That’s something that is still not in the budget. The government will say, “Well, it’s already a federal program.” They know the federal program isn’t the equivalent of paid sick days, and we all know that one of the biggest modes of transmission of COVID-19 is in workplaces. Agriculture is one of those; maybe not when I’m in the field on my tractor all by myself, but the beef that I raise and the milk that I used to produce, when those things are processed, often it’s in close conditions.
Something that I notice here—and I tell my friends this at home—and something that we don’t see at home: When I walk to my apartment—I live on Bay Street—I see all the people on bikes delivering food. Those people don’t have paid sick days, they don’t make big bucks and they can’t work from home. We are creating—I don’t know how to describe this. I wasn’t planning on talking about this, but I don’t know how to describe that class of the workforce, because precarious work just doesn’t describe it. I see some of those people; they are just trying to get through to the next day. Those are the people that we have to watch out for. They don’t have a choice on working from home. That’s why we still continue to push for paid sick days, specifically in an emergency situation like we are in today.